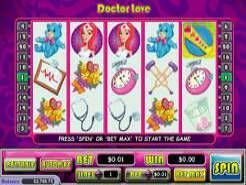 Play Now
When a man known only as Brian J. cashed in a complimentary bonus of $15 given out in celebration of a new look by online casino Liberty Slots , he had no idea of the five-day long wild ride he would experience and the very large amount of cash that he would win. Over the course of those five days, Brian would transform that $15 into almost $175,000 by winning almost $200,000 on several different slot games. Large wins at Liberty Slots Casino are not new; a woman named Karen won $80,000 at the casino earlier in the year on the third anniversary of her registering at the casino. What made Brian’s win so impressive is the strategy that he used and the continuation of his winning streak across several different machines.

Brian’s strategy was simple but effective; he started with very small bets and would raise his wagers when wins would increase his bankroll. His decision to play different games instead of sticking to one or two also played in his favor. “I was playing with free money but I was still cautious to start, betting pennies a line on various slots” Brian said “When I had a couple of wins, I boosted my bets”. That strategy and more than a little luck created the enormous payday.

The lucky player compiled his impressive prizes by hitting large wins on six different games over the course of the five day winning streak. Rocking Robin netted Brian $10,000, he won $14,000 on Magic Carpet Slots and Doctor Love Slots hit for $18,000. A $19,000 prize won on Bangkok Nights was followed by a $24,000 haul on LaCucaracha. Brian finished the streak with his biggest win of the five days when he hit for $88,000 on Mine All Mine Slots .

Those who work at Liberty Slots are just as excited as the winners when large amounts of money are won on the gaming site. “I’ve never seen a run like [this] in all the years I’ve been in this business” Mark Ramirez from Liberty Slots said. “We give out a lot of these $10 to $15 coupons to encourage people to come and try us but we’ve never had anyone get so lucky. He upped his wagers when he was winning, played a number of different machines, took his chances and rode his luck. That is what it’s all about” Ramirez also said.

The Best Time of the Year for a Lucky Streak

Not only was Brian’s streak of luck amazing, he couldn’t have picked a better time of year to win it. Brian cashed in his $15 voucher with the casino on December 20th; he finished the streak of five days on December 24th, Christmas Eve. This was Brian’s first experience with Liberty Slots Casino, but with such a timely win for a large amount it probably won’t be his last.
Play Now