Take Your Pick of the Top Tournaments from February Onwards 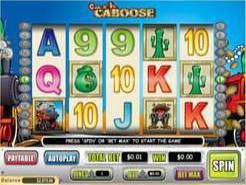 Play Now
It’s going to be a busy time for slot tournaments in the coming weeks. That’s especially true if you’re a member of either Liberty Slots Casino or Lincoln Casino . Additionally, if you’re not yet a member, this could be the best time to join! The $2,000 Wild Child tournament is starting on February 8th and running until the 18th. You get to play Triple 10x Wild Slots in this event. Meanwhile, February 1st is the slated start date for the $1,500 Casey Jones tournament, featuring the Cash Caboose Slots game. If you love a good Winner Takes All tournament, there’s one coming up soon that nets the winner a cool $1,000. Will you finish in first place? There’s also a Fat Tuesday tournament coming later in February, starting on the 22nd and running through until March 5th. Play the Fat Cat slots slot and see whether you’ll finish in a winning position! With the Play for the Pot tournament slated for St Patrick’s and the Legendary Hearts tournament coming up soon as well, make sure you head over to either Liberty Slots or Lincoln Casino to see what’s there for you to try. Good luck!
Play Now