What Is The Biggest Jackpot Ever Win On A Slot Machine? 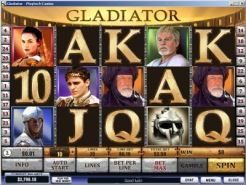 Play Now
Do you have any idea what the biggest jackpot win on a slot machine is? It's currently held by a man who entered a Las Vegas casino and walked away with $39.7 million. He won that money playing Megabucks slots at Excalibur Casino.

Megabucks Slots Has Made Many Players Millionaires

That's not the only time Megabucks slots has paid a gigantic prize. The second highest win happened in 2009 when a player in Sparks, Nevada, won $33 million. In 1998, a player at Palace Station took home $27.58 million playing that slot game. A $10 wager on this slot game also landed a Caesar's Palace player $21.3 million in 1999. In 2002, a player won $22.6 million playing Megabucks slots at Bally's Las Vegas. Each time a winner lands the progressive jackpot, it resets to $10 million. At the time of this writing, the last winner was in May 2018. That Paris Hotel and Casino player won $11.1 million. As of August 15, 2018, the jackpot is at $11.32 million and increasing steadily.

While the record of $39.7 million is the current record for the most money won on a slot machine, two players almost beat it. In 2017, a woman walked into Resorts World Casino in New York and placed a small bet on Sphinx slots. Her spin was a great success and the machine told her she'd won $42.9 million. She took a picture in celebration and brought her ticket to the cashier. Her luck changed when the cashier told her the machine had malfunctioned. She'd only won $2.25. They offered to comp her a steak dinner as an apology. She sought legal advice and is suing the casino. At the very least, her lawyer feels the casino needs to explain how the machine malfunctioned and when it was last maintained and inspected. This isn't the first time a machine malfunction has cost a player a huge jackpot. In 2011, a 90-year-old woman in Iowa won $41.8 million on Miss Kitty slots. It turned out to be a malfunction and her prize was actually $1.85. She sued and was unsuccessful.

How About Online Slots?

There have been big wins in online casinos, too. One just took place. In England, a single mom placed a 40p bet on Mighty Tusk slots at Mecca Bingo Casino. It was her very first time playing online slots, and it paid out well. That one spin landed her £1.6 million. If you haven't played Mighty Tusk slots, it's an animal-themed slots released in August 2018. It has free spins, a progressive jackpot, and a 20,000 coin prize in the base game. A British player won more than $1.7 million on Gladiator Slots in July. That player had only been a member of Slots Heaven Casino for four days when the jackpot was won. A similar thing happened at Lets Bet, an online casino. A player signed up and three hours later won $6.65 million on Mega Fortune slots. Whether you play slots for real money online or in a land-based casino, there is the chance you could become a millionaire. Sign up and start trying these and other slot games today.
Play Now